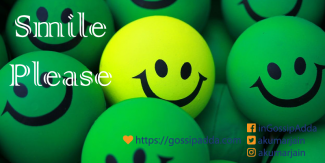 ‘Vegetarian only and no liquor allowed’. For more than a year I had been planning an Indian restaurant. We had one of the best food consultants and the best interior designers with us. Now only a week to go, Interiors were in finishing stage and I was contemplating furniture and equipments.

‘Neta ji’ – no, not a politician, he was our bijli-wala who forgot to earth the wiring. After constant reminders a hole was dug up in the rear street. Lo and behold! Two cops arrived within half an hour- One from the head (without brains) - quarters and other one from the local police station. They informed us that we were about to commit a legal offence as bore wells were not allowed in the area. ‘Bore well?’ I was confused. A well-wisher had complained on number hundred.

Who in the colony had not done the ‘earth-ing’ in the public street? For that matter most of the houses even had bore wells.

The cop from headquarter was quite friendly. His friendship comes with a price tag. But the other one, I guess more expensive one, summoned us to local beet. Since the bore well theory didn’t prove to be of much use, he reprimanded us of illegal construction. According to him one cannot even lay tiles in his shop without sarkari permission. I decided not to pay a single penny this time. I argued and he shouted. Threatening to file right to information application (RTI) and do a dharna in front of police station with hundred people, I set the fur flying. Thinking that the irate cop could do anything to let off steam or make a scene, my mother pacified the bhaisahib in khaki with some emotional words. Anyways he gibed at the idea of opening up a restaurant, “Don’t tell me, you all are going to manage the restaurant. Rather rent the space out. Better for you…!” I could get the reason behind his evil smile- number of licenses and endless bribes. Even the pani-wala from Delhi Jal Board had been suggesting the same to dad.

On 2nd October 2006 we did inaugurate our shop- a Handloom fabric and handicraft store-A tribute to Gandhi in the Socialist India. Of course we could not get rid of the licensing completely. To apply for trade license my father visited the municipality (MCD) office. The Afsar referred a dalal that knew the required documents and formatting exactly. Fee? Rs. 2000/- only. A paradoxical feeling- irritated, yet relaxed. At least assured that the procedure would be hassle free and finally we would get it and that’s what mattered, right?

Having applied with all the relevant documents we sat relaxed for almost a month till we received a letter by speed post from MCD. It demanded few more documents within 8 days. Death certificate of my grand father who never even saw Delhi, he died in 1947 partition-riots in Pakistan, few days before my father was born. How his death proof is linked to this business, only MCD officials can explain in the whole world. And NOC from his four elder brothers from whom he got his share in joint Hindu undivided family (HUF) property through registered family deed, duly signed and attested legally. Despite showing the attested copy of the family deed why no objection certificate NOC was required, I wondered. A photograph of the shop’s front and signboard had been attached with the original application, now the letter asked for proof of shop’s existence- a current bank account.

Next day dad went to UCO and HDFC bank; both replied the same- trade license was required to open up the account. Frustrated, we called up the dalal who then fixed up an appointment with the officer again with an assurance.

‘So, you guys had family partition?’ the officer asked. This was the preface for his next apprehension- why walls were put up in the original shop to divide it into three for three brothers. ‘I’ve sent the case to naksha department. Only if they approve it, to be frank that seems unlikely and otherwise too, you see eight days are over. So your application is expired.’

The same sarkari smile on his face!

[Latest Update: We applied twice through the same Dalal; paid him 4K. And yet that was not enough. I had to look for some Jann-Pehchaan in the MCD office, eventually got that too. Though the License seems to be lying ready the Babu’s table, he is never available or at least whenever My dad goes. So, yet to get the license]

[Latest Update 2:  We got the shop's license after 3 years when filed an RTI application. :-) ]